What is Paper Money Made of?

A bank note is "a piece of printed paper that has a particular value as money". Simply put they are the modern 'notes of money' as we know them. The use of currency notes can be traced back to as far as the 7th century in China, and many years later in Europe. The question that “What is paper money made of?” is very intriguing in nature. We received the same query from different readers on same topic in following forms: 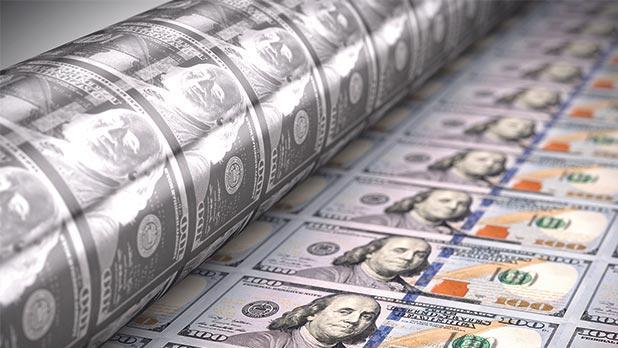 Basic Material Bank Notes are Made of

The basic component of bank notes is cotton paper but to make it resistant to wear and tear, other components are added and it goes through certain procedures to make it different from the ordinary paper in use. It is infused with fibers, alpaca and/or linen to enhance its qualities to make it into the money everyone cherishes. Furthermore, the very feel of the note is distinctively different from the paper used day to day. This is made possible by refining the materials till that unique feel of a note is established.

The paper which serves as raw material for bank notes is infused with gelatin and not water, like all the rest of the paper. This changes how paper money feels compared to other paper by giving it a certain strength and resilience.

Certain threads or fibers i.e. red and blue fibers are incorporated into the bank note for security purposes hence making it harder to make duplicates or counterfeits in the form of fake currency notes. These threads, based on their quality are the main determinant of security of banknotes. Their quality of course is dependent on the constituents like fluorescent, metallic, magnetic elements. It is important to understand that these fibers are incorporated into the note and are not merely lines on the surface.

Another interesting feature is the watermark on any piece of currency. This is made by changing the thickness of the paper to make it thicker/lighter than the rest of the note. This feature is also intended to increase security.

And then we have polymer bank notes. They were developed in Australia and are made up of synthetic polymers like biaxially oriented polypropylene (BOPP). They have significant qualities that give them an upper hand over the traditional ones. They are much more resistant to wear and tear, more durable and have additional security features. Their durability allows them to have a longer life which greatly reduces the energy and cost required to replace traditional currency paper. Many countries have already switched to the more sustainable polymer banknotes including UK, Egypt, Romania, Canada, Maldives, Mauritania, New Zealand and the list goes on.

Other Materials Used for Bank Notes

Over the past, many other materials have also been used to make bank notes. Silk and leather being one of them. Initially these banknotes were actually hand written with ink. Some records are also available of currency notes that were made up of linen or velvet, even wood. Thankfully these were replaced by paper notes as we know them now. However, some think that this paper money will eventually be replaced by virtual money such as cryptocurrency. The question “what is paper money made of” will lose its significance after certain time.